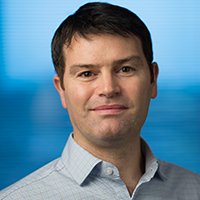 As senior vice president for Manheim Digital, Zach Hallowell is entrusted with leading the transformational efforts across Manheim’s digital channels, including Manheim.com, Manheim Express, OVE, Simulcast and Digital Private Stores; enhancing client decisioning via the M LOGIC™ suite of products; and delivering the industry’s most advanced, AI-driven vehicle condition reporting. Hallowell is also focused on ensuring wholesale buyers and sellers understand the sheer magnitude of possibilities that come with the evolving wholesale landscape.

A car enthusiast since he first saw a Ferrari Testarossa at nine years old, after which he eagerly read car magazines cover to cover and loved visiting car dealerships with his dad, Hallowell’s love of cars has driven much of his storied career. Shortly after graduating from Middlebury College, he found a way to merge his love of cars and interest in technology by moving to the epicenter of tech innovation—Silicon Valley.

One of the original creators of private online wholesale stores, Hallowell also pioneered the digital grounding and upstream remarketing space. He led the team responsible for one of the first upstream lease end-of-term grounding platforms in the early 2000’s and helped design the lease grounding and upstream sales platform for captive finance companies and rental and fleet providers. His career in automotive, which spans over 20 years, has led him to be the named inventor on numerous patents related to wholesale remarketing systems.